Every writer seems to have a large list of people who make their work possible, and I too have just such a list. It begins with my wife, who hears every one of my idiotic ideas and gives her opinion freely and without fear that I might get offended and stop helping with the housework. Next, would be my editors, Ruth A. Bright, Chris Cooper, and Aria Pearson who have generously given their time to comb the book for mistakes and keep me grammatically, if not politically or morally correct. After editors, comes my army of proofreaders, namely Matt Zeeman, Chris Imlay, Bob Horton, Katherine Gundling, and Jason Bright. Following them is my family, especially my father Fred Christie, who has always believed in my artistic endeavors and supported them both figuratively and literally. Next would be my mother Jane Christie (Posthumously), who definitely played a roll in my odd sense of humor. Also in the family category, is my pushy sister Sheree Wilson who helped get me into a posh New York Literary Agency, as well as my less pushy sister, Shelly Hall. From there, it continues on to two special friends who helped in a very unusual way, namely securing the Macbook Pro laptop that I would use to write while incarcerated at Stanford Hospital. Those two generous souls, inadvertently responsible for the proliferation of the Mantasy Genre, are Michele and Dan Scanlon. Next is my oldest friend and layout expert Chris Imlay followed by Dianna Woods, James and Jodie Woods, Robert O’Brien, Mark and Matt Zeeman and their family, all of whom have been willing to suffer through early drafts, mistakes, inaccuracies, and a vast number of unusual sexual metaphors.

I’d also like to thank Mike Rowe and his Dirty Jobs show, as well as Jeremy Clarkson, James May, and Richard Hammond and their show Top Gear (which is now more or less the Grand Tour on Amazon), as they all helped make many, many, many hours in isolation bearable. I had a new immune system, and so, after leaving the hospital, I was more or less the equivalent of an adult newborn and therefore had to avoid the public and all of its requisite germs. To that end, I was home all day every day for several years, and the only way to keep from going totally bonzo when I was writing was to have some constant background entertainment. The most satisfying options were generally Dirty Jobs and Top Gear, as both shows provided the perfect accompaniment for me to create my wacky escapist book series. So, to both entities and all those involved—you have my gratitude!

My final word of thanks goes out to my vast martial arts community, all of whom helped keep me alive and well throughout the dark days of cancer treatment. At the top of that group, and requiring special thanks, are Matt Thomas, Rick Alemany, and Margaret Alemany whose wisdom and teaching helped inspire many of the techniques in the book. Beyond them and within our own karate community is Lauren and Rob Sandusky, Thandi Guile, Aria and Daniel Pearson, Tom Jacoby and Jennifer Solow, John Hedlund, Michele & Dan Scanlon, Katherine Gundling, Bob Horton, Sue Fox and J.T. Meade, Mark, Matt, Brad, and Jade Zeeman, Ted Hatch, James Parks, Jeremy Holt and the Holt Family, Sabrina Haechler, Jonathan Johnson, Catherine and Eric Engelbrecht, Catherine and Ian Moore, Tamera Blake, the families and students of Christie Kenpo Karate, Michael Mason MD, Natalya Greyz MD, Sally Arai MD, and the Stanford University BMT Unit & ITA. If you don’t see your name here, don’t worry—there is a more comprehensive list of the karate community on the Thank You page of my website.

To all of you, I say be well—and more importantly—dump well. 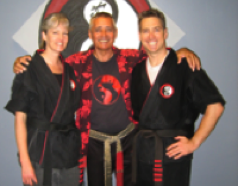 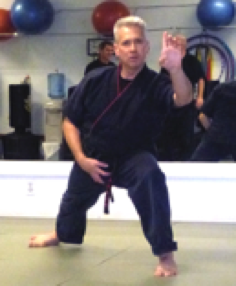 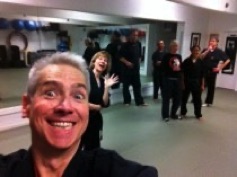 Any excuse to mind the stepchildren.

We just promoted another elite cadre of deadly black belts to join our kenpo army. 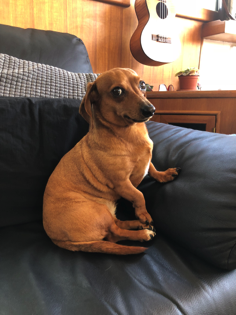